2019 proved to be an important year for SAL Heavy Lift when it came to offshore installation projects. As a highlight the Greater Changhua Test Pile Project in the waters off Taiwan stands out – a project SAL Heavy Lift completed over 3 months together with main contractor Per Aarsleff A/S. It was a complex project whereby SAL could utilize its experience in offshore test piling to ensure a successful project. Making use of MV Lone’s large deck space and a newly installed Fly-Jib, the vessel served as the perfect DP installation platform.

SAL was subcontracted for the provision of a DP2 installation vessel, the MV Lone, and to perform pile installation and testing work as part of the pre-piling phase of the project. As the soil of the seabed on the project site had to be ensured, a test foundation was installed on designated locations around the project site. In water depths of 35 m – 40 m, six piles with a length of up to 80 m were hammered into the seabed though a special Pile Guide Frame.

To realize the project, a substantial preparation phase was set in motion which turned into the largest mobilization of a vessel in the history of SAL. To be able to lift the long piles vertically, a jib extension to one of the cranes of MV Lone had to be de-signed, manufactured, installed and tested. This resulted in the Fly-Jib installation on crane no. 2 on Lone which provides up to 23 m extra jib length.

The vessel had to be equipped with Temporary Living Quarters (TLQs) and additional lifeboats to be able to host up to 100 people that would be onboard during the project execution. To operate as an offshore installation vessel with so many people on board, MV Lone had to also change its certification from cargo vessel to become a Special Purpose Ship (SPS).

The mobilization took place in Singapore during Spring 2019, where no less than 3 additional SAL vessels supplied the necessary project equipment from both Rotter-dam, Shanghai and Esbjerg to the MV Lone. This included, in addition to the Fly-Jib and TLQs, the “Pile Guide Frame” and a special “Load Beam”, both designed and manufactured by Per Aarsleff A/S as well as various purpose built testing equipment, lifting- and handling equipment, the pile driving spread, survey equipment and the ROV spread. In the project port in Taichung, Taiwan six piles were collected, before locating the vessel to the offshore site.

The full test campaign comprised two phases with the tests being performed at two locations. During the first phase between May and July 2019, two sets of three piles, with a unit weight of up to 140 t each, were installed through the Pile Guide Frame at target locations to their required depths.

After a standby period, the second phase taking place during August 2019, involved static and dynamic testing on selected piles on the seabed. These tests provided the engineers from Ørsted with the necessary data to optimize pile design for the planned wind farm.

At the end of the project phase, the installed piles had to be decommissioned from the seabed, making use of a special cutting tool and then lifted back onto the deck of MV Lone transporting them back to shore for recycling.

With a successful execution completed Project Manager, Peter Munk, Per Aarsleff A/S stated; “The crew of Lone and the SAL Project Team did an outstanding job. We are very impressed with the performance and the results we obtained. It has been a great pleasure to work with the SAL team on this challenging project. Arguably of more importance is the HSE performance which has been excellent”. 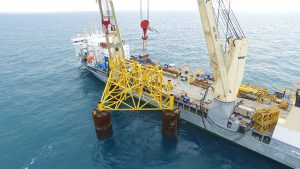 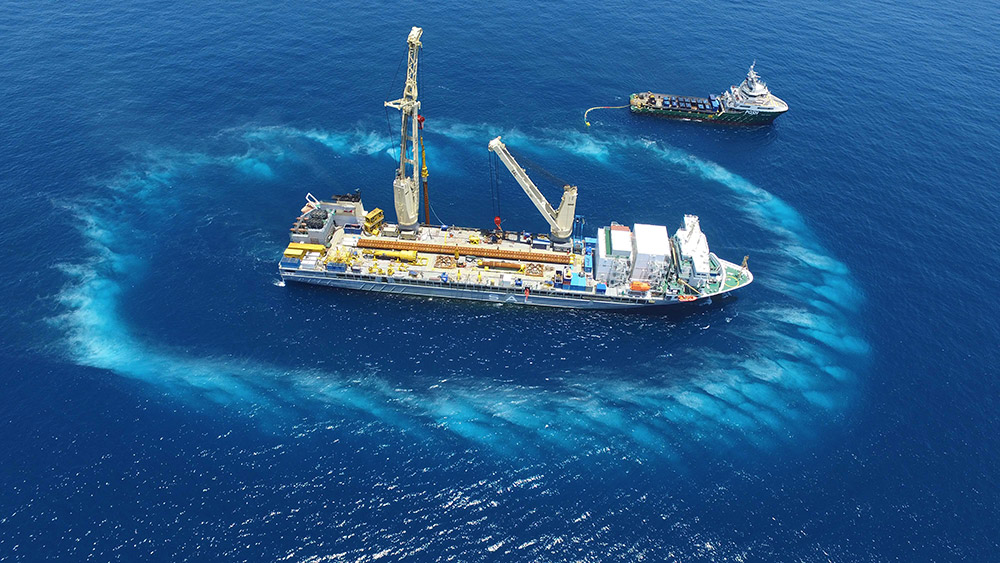 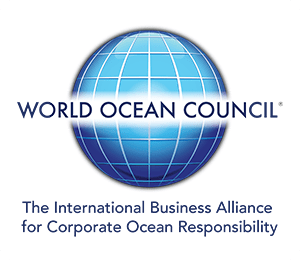 We use cookies for visitor analytics tracking. You can find out more about which cookies we are using or switch them off in settings.

Cookie information is stored in your browser and performs functions such as recognising you when you return to our website and helping our team to understand which sections of the website you find most interesting and useful.

Strictly Necessary Cookie should be enabled at all times so that we can save your preferences for cookie settings.

This website uses Google Analytics to collect anonymous information such as the number of visitors to the site, and the most popular pages.

Please enable Strictly Necessary Cookies first so that we can save your preferences!